Thanks to a major leadership donation of $625,000, the Brandon Regional Health Centre Foundation "A Sense of Home" campaign is pleased to announce that the cancer residence to be built at 521 Frederick Street will be named "Murray House".

Doug Murray, CEO of Murray Auto Group states: "The Murray Family has had a long tradition of giving to worthy causes in our community, and supporting the "A Sense of Home" building campaign allows us to become more public with our charitable work. The Sense of Home Residence, now known as "Murray House", is a perfect project for us to support. Even though the residence is located in Brandon, it will be supporting cancer patients and their families from rural Manitoba as they travel in for care. As more than half of our customer base is in rural Manitoba, we felt that this project supported both our own community and our customers. Cancer touches most of us, and most of us have someone close to us that have been affected by cancer. We hope that "Murray House" makes this experience with cancer a little less traumatic."

Brian Schoonbaert, CEO of the Brandon Regional Health Authority states: "The amazing generosity shown by Doug and Laurie Murray and family demonstrates their families' commitment to this community and allows the Brandon RHA to provide much more in terms of care and comfort for patients during their cancer journey."

The Murray donation not only gives a huge financial boost to the BRHC Foundation's "A Sense of Home" Residence Building Campaign, but provides the name to a residence that will offer a home away from home for the many patients who travel to Brandon from surrounding communities for cancer treatment. The Murray House officially opened in the Spring of 2014. 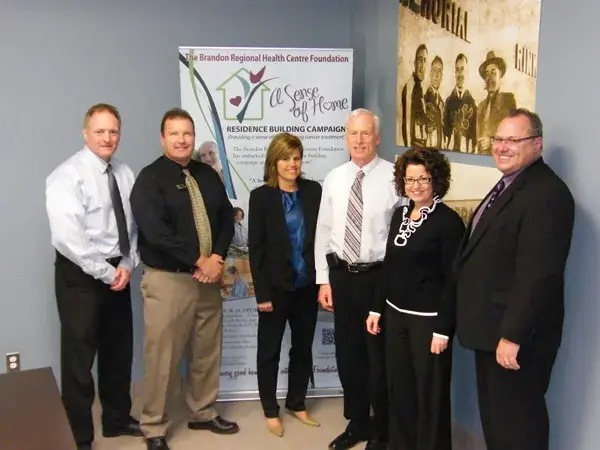